You are here:
Design & Photography 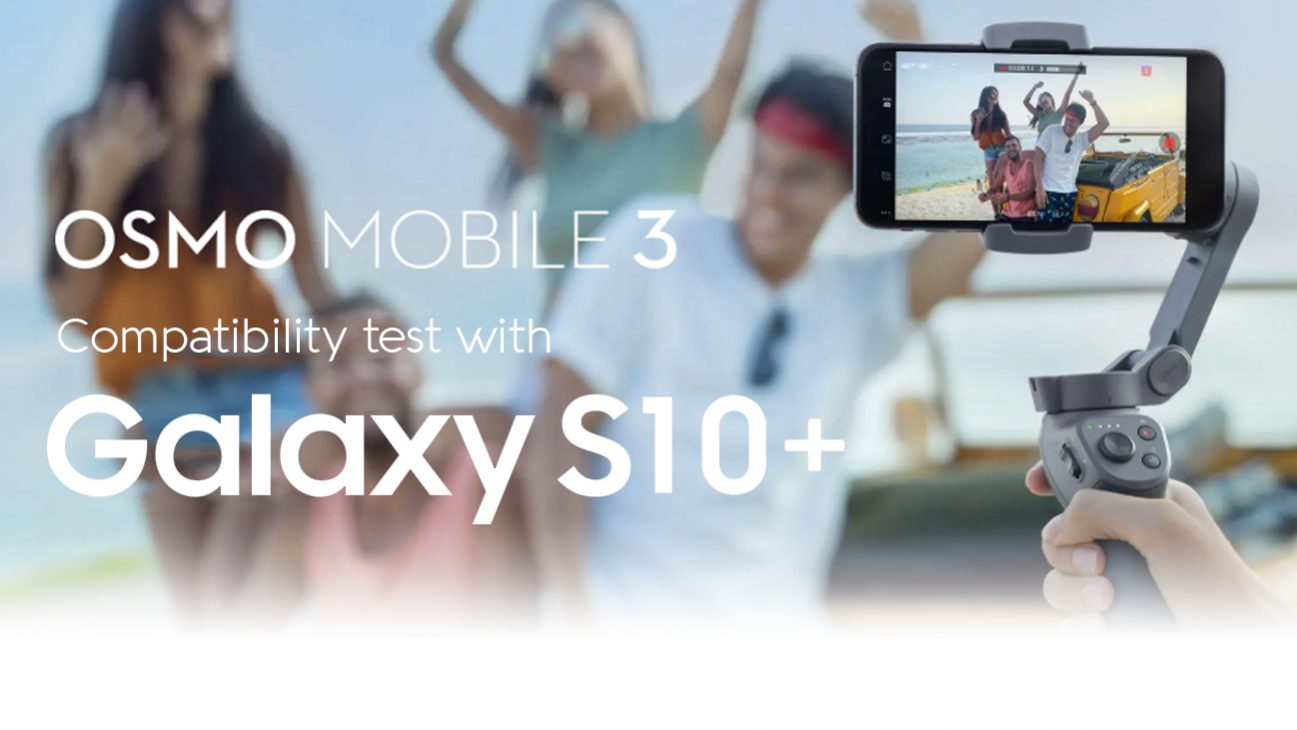 DJI has just released the brand new Osmo Mobile and, the gimbal designed for the use with smartphones. Let’s see the main new features of Osmo Mobile 3 and its compatibility with one of the largest high-end smartphones on the market: the Samsung S10+

DJI’s latest smartphone gimbal, the Osmo Mobile 3, is unique in two crucial ways: it can fold into pocketable size and its clever arm design allows it to handle wide-angle cameras too – the latter an issue with many other models on the market. The gimbal’s construction and design is reminiscent of DJI’s other Osmo products such as the Osmo Pocket and Osmo Action. It’s almost entirely plastic and grey-coloured, with the usual buttons for controls, including a trigger button, a rubber analogue nub and shutter button.It can also fold in half to a size that is smaller than any gimbal I’ve seen. In folded form the dimensions are roughly six inches (15cm) by three inches, which is compact enough to fit inside some of my trouser pockets.

But because DJI cleverly moved the motor arms to the side of the phone instead of in front of it – the latter of which is a design used by virtually all smartphone gimbals – the smartphone can use its wide-angle camera without accidentally getting the motor arm into the frame.

The Osmo Mobile 3’s phone grip also switches between landscape or portrait orientation with just a press of a button, so those who prefer to shoot vertical videos for Instagram or Snapchat can do so easily. 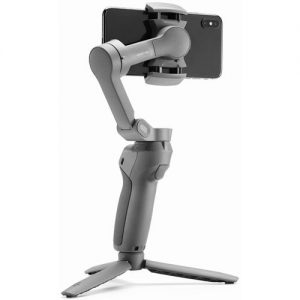 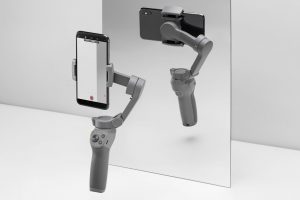 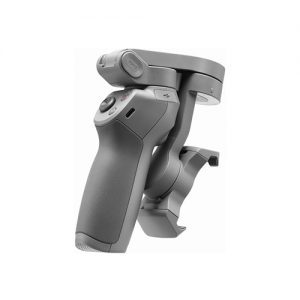 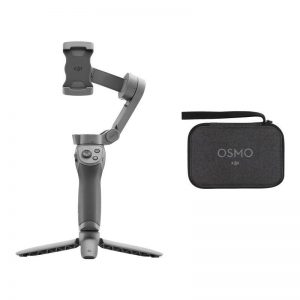 The new engines position allows you to use an external microphone or recharge the phone without problems while in one with the gimbal. The lateral engine is no longer in contact with the smartphone but is in an advanced position, leaving the bottom of the phone free. The old Osmo mobile 2 had to be balanced for every phone used. This limited the use of large phones when the balancing system soon reached the limit by not allowing the larger phones to be centered.

But what happens with Osmo Mobile 3?

The manufacturer says Osmo Mobile 3 is compatible with smartphones up to;

So we tried with Samsung S10 + whose dimensions are within the preset limits but it is still a great phone. Well, it works perfectly. No part of the gimbal is touched during movement and the phone is perfectly balanced. Brava DJI!

Does Osmo 3 work even if I keep the cover on the Samsung S10 Plus?

We used Samsung S10 Plus and Osmo 3 Mobile both with the cover and without the cover installed. The cover in question is a very thin model, produced by Spigen and which slightly increases the size of the phone. What we have argued is that the grip tends to be less strong due to the shape of the clamp that holds the phone. For this reason, when we use Osmo 3 Mobile with Samsung S10+ we prefer to remove the cover.

Does the Samsung S10 + wide angle lens work with the Osmo app?

As we all know Samsung S10 Plus has 3 lenses that can be used without distinction to take photos and videos. With the Samsung Camera app, you can switch between them without limitations. But is it possible to do the same with Mimo, the Osmo Mobile 3 app? Unfortunately, the moment we are writing this article, no, it cannot. We can only use the one that Mimo automatically chooses. We are waiting for an update from DJI so that even Samsung S10 Plus owners can shoot with the wide angle.

How to use Preset for Lightroom Mobile
January 5, 2020